here a little “camp” scene.
Its has all the requirements for survival
Eat, sleep and …
Imagine a small group of survivors holding up in a dense forest, trying to survive. 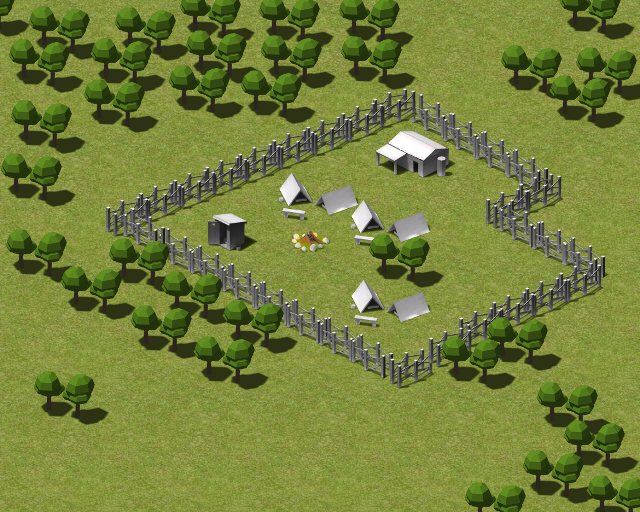 its still hand placed, so dont mind the assets being out of grid.

ok, today I have thought a bit about the user interface,
.. well less about the design, and more about what the general contents should be.

I have kept the elements very simple, so they easily stick out as simple placeholders.

As you can see I have several resources in mind and a little menu for placing new structures.
The “morale” resource is linked to the general mude within the city, and affects the population growth (how attractive is it to settle there) and productivity of its inhabitants.
The action points can be spend for researching new technology (very CIV like) and special actions. 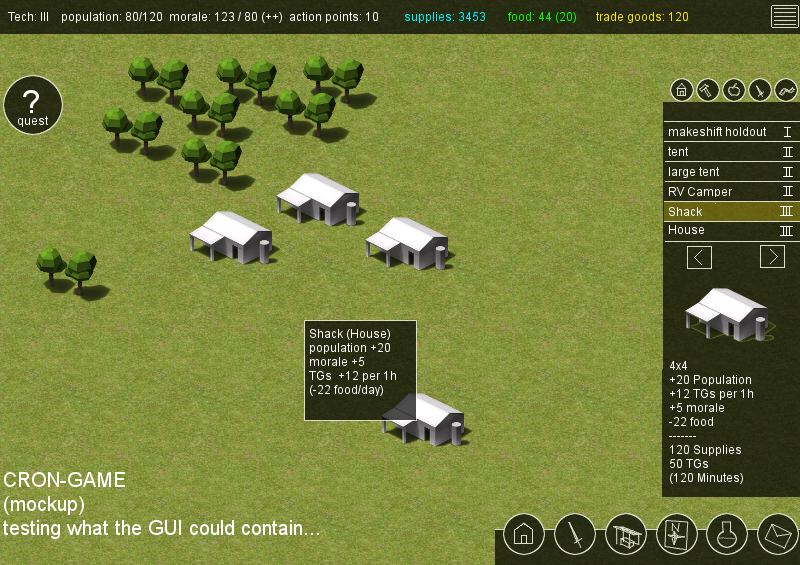 This is a test scene, rendering the “city” at night.
It gives a nice cosy mude, but is not really planned to be on the agenda.
(also as it will increase the isometric assets needed by 100%, as they have to be prerendered) 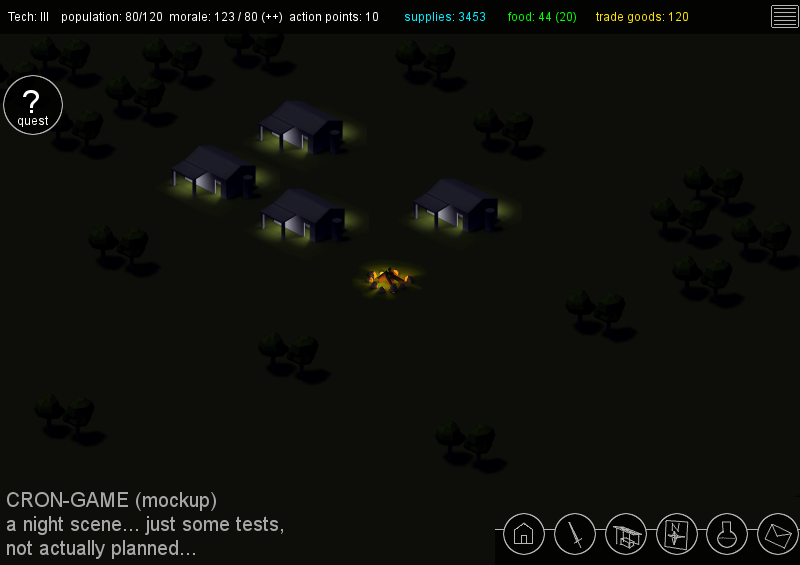 Should the game have a day/night cycle? What do you think?

Recently I’ve had the urge to get back into some dabbling with game design again.

The game this blog is about (Cron Game), is a type of game I’ve had in mind for quite some time. I dont really know how far I will get with this approach, but the rough concept is as follows:

Since I’ve had some previous experience with 3d engines, I have reinstalled my old 3d editor and tested out some simple renderings of static structures.

an isometric rendering of a little house 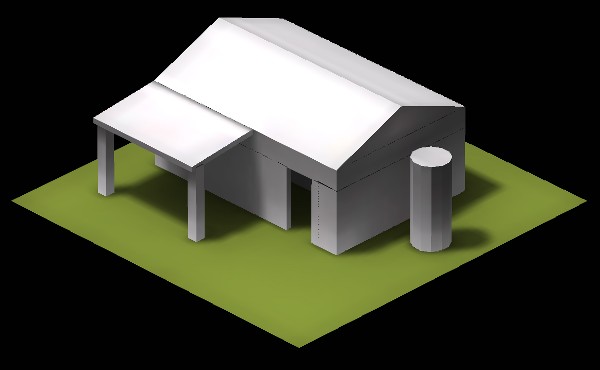 Here I tested how applying a texture will look like: 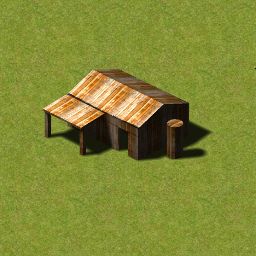 .. But before wasting time already on creating textures and other details, I first want to explore the more general issues with an isometric rendered game.

During a prototype stage, I intentionally stay away from making art-assets “nice”. Doing so will prevent me from over defining the look and feel of the game too early. (The mind gets intuitively used to a specific look, and then its harder to deviate and see the better alternatives)

Hui, a first scene (is it a village?) clicked together in Gimp.
This is purely a mock up, as I have not worked on an isometric renderer yet. 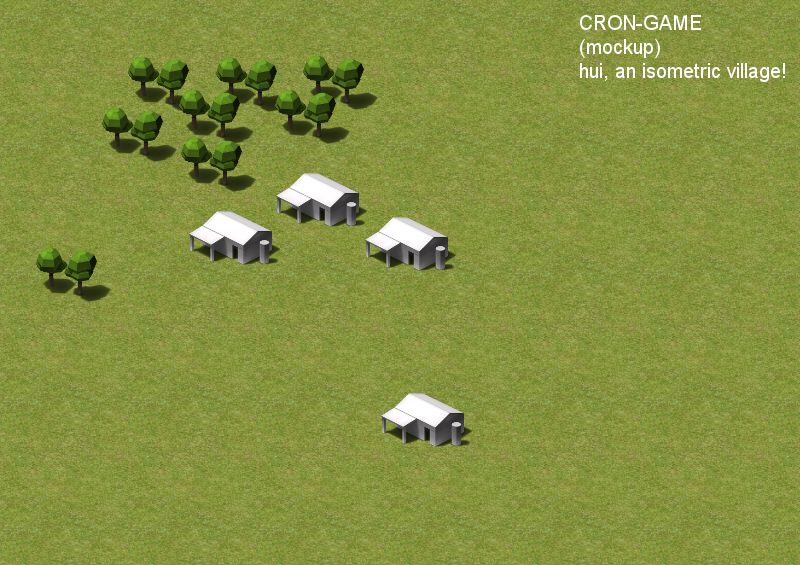 I think its good general advice to first set up a scene in a GFX editor, before jumping right into the depths of the code. Its just so much quicker to iterate through some ideas graphically – rather than adjusting the code base.

Seems to be going well for now. I can already see the little AI-people going about their days and the battles ahead 😉